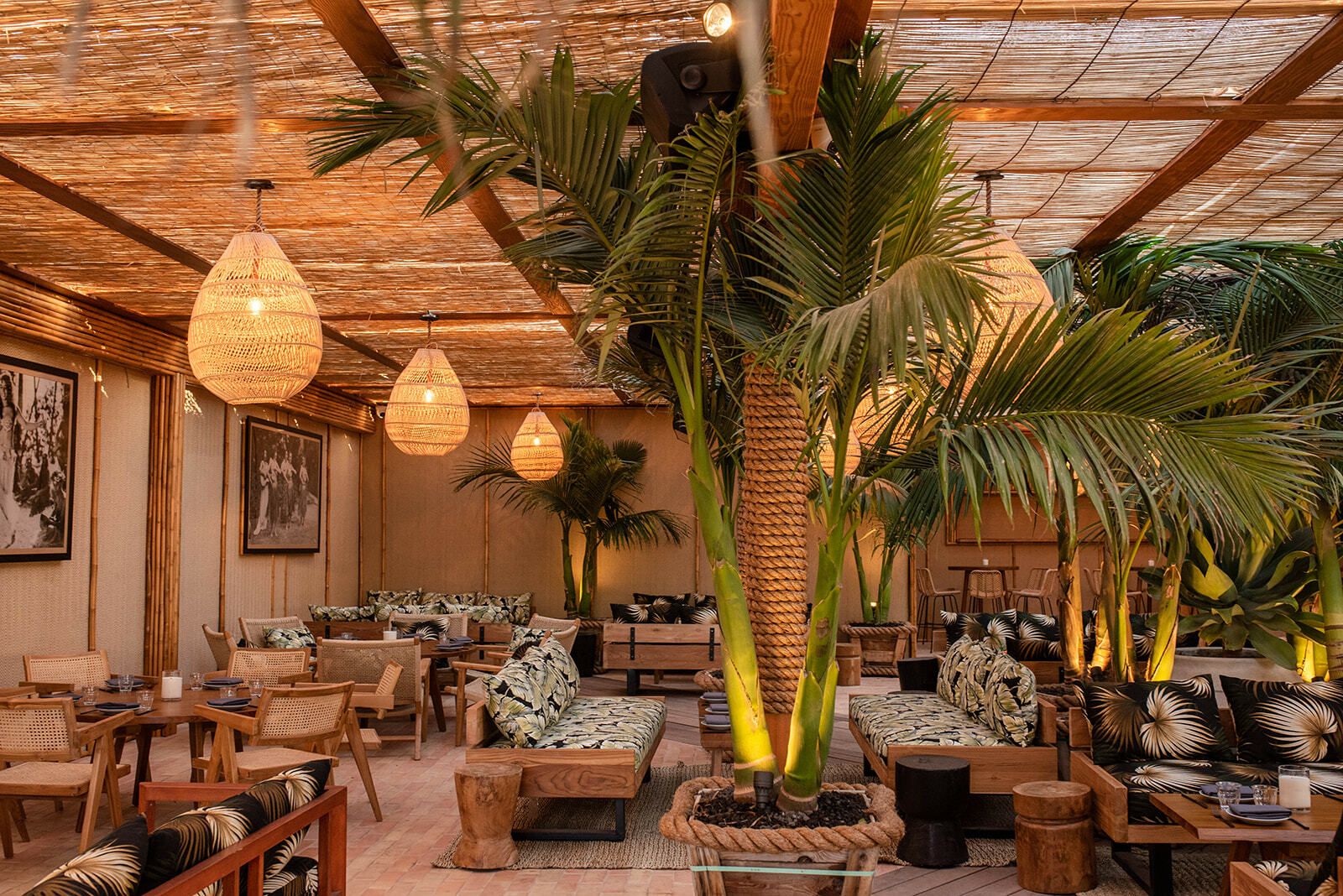 Ever wanted to hang out in a place that feels like an IRL version of the Pineapple Suite from HBO’s The White Lotus? Now you can, courtesy of Belles Beach House, a new resort-esque restaurant in the heart of Venice channeling ‘70s retro, surf and tiki culture.

Brought to you by Wish You Were Here, the hospitality group behind Santa Monica’s Elephanté and Eveleigh in West Hollywood, Belles is a stone’s throw from both the Pacific Ocean and the Venice sign at Windward Avenue. The “Hawaiian izakaya” dinner selection incorporates sushi and tropical twists on Japanese favorites, including mochiko chicken karaage (or nuggets, as the opening menu eagerly tells you in parentheses).

Inside, you’ll find a palm and bamboo-lined dining room with elements of retro tiki style embedded throughout the space. Chaise furniture and high-tops bring a lounge-like feel to a restaurant that’s likely to be the Westside’s next trendy destination hangout. Despite the lack of dark, divey atmosphere, Belles still channels a mid-century tiki bar vibe through hanging wall art and a hand-carved Hawaiian statue that greets guests at the door, as well as locally made ceramic light fixtures above the bar.

Belles’ cocktail menu focuses on tequila and mezcal, rather than rum, serving drinks in vintage tiki glassware. The restaurant also plans to offer lighter daytime cocktails with no added sweeteners during brunch service, which will come later this fall. For sustainability’s sake, they also turn leftover pressed juices used in the latter into simple syrups used at night.

Similar to Elephanté, Belles plays dual roles as both restaurant and late-night lounge. Beginning October 21, DJs will play a “jungle inspired” mix of disco and tropical house Thursdays through Sundays.